Dear APDA Members and Industry Partners,
This APDA Action Alert contains two important updates:
(1) Novitas reassessment of portable x-ray (PXR) transportation rates in Jurisdictions JH and JL, and (2) an action alert for providers to engage with their elected representatives and state-based stakeholders to secure a 10% transportation fee increase in ALL states and a pause in any MAC rate reviews due to the COVID-19 pandemic.
APDA has prepared instructions to assist you with this grassroots effort and we are asking providers in ALL states to reach out to their Members of Congress.
R-Code Changes in Novitas Jurisdictions JH/JL
As you are aware, Novitas is currently reevaluating the transportation payment rates for PXR in the following states: Arkansas, Colorado, Louisiana, Mississippi, New Mexico, Oklahoma, Texas, Delaware, Maryland, New Jersey, Pennsylvania, and the District of Columbia.
APDA Leadership along with the Dumbarton Group, convened a conference call with Novitas principals last week. This update covers some initial thoughts about what transpired between the APDA team and Novitas decision-makers.
During our call, APDA firmly stated our position that Novitas should:
While this issue remains fluid and the final outcome is unclear at this time, APDA’s meeting with Novitas resulted in the following:
During the meeting, APDA also reviewed a joint ADPA/National Association for the Support of Long-Term Care (NASL) letter to CMS on COVID-19 where we call upon CMS to:
We anticipate meeting with CMS, along with our allied stakeholders, to press for action on both the R-code and a fee increase due to COVID-19.
Action Items for APDA Members
APDA is asking all members to remain engaged in grassroots efforts to promote the new phase of this initiative and we have prepared instructions to assist you. We are specifically asking members to:
APDA remains hopeful with resolute efforts of our members and industry partners we can receive a positive outcome and secure rates that are palatable to all 50 states. APDA will continue to update members on this fluid issue that has a tremendous impact to our industry.
Respectfully,
Will Irwin
APDA President
Click here for INSTRUCTIONS
Click here for APDA/NASL LETTER 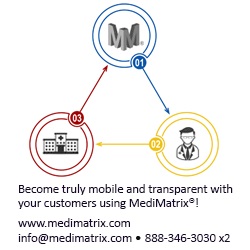