THOMAS WUERSTLE
Founder and First Board Chairman of NAPXP (currently APDA)
On June 21, 1982, the National Association of Portable X-ray Providers was incorporated in the state of Pennsylvania because of the efforts of organizer, founder and first Chairman of the Board, Mr. Thomas Wuerstle. On September 25, 2017, the name of the organization was formally changed to The American Portable Diagnostics Association in order to better reflect the changing technology and expansion of our industry to include other portable diagnostic modalities.

Thomas Wuerstle grew up in Fredonia, New York, the middle child of five.  He grew up in a loving family and was taught the values of honesty and integrity which he carried with him throughout his life. Tom was accepted into the engineering program at the University of Miami Florida.  Unfortunately, his father passed before he was to start and he decided to stay close to home to care for his family.

Tom attended Gannon University in Erie, Pa. and received a bachelor’s degree in Biology.  Upon graduation he was hired by the Erie County Department of Health where he worked as a health inspector for several years.  He then moved to Harrisburg, Pa. where he worked for the Pennsylvania Department of Health and was in charge of environmental services for the Bureau of Hospitals.  It was during this time that he became familiar with portable x-ray industry, as he had to inspect the companies for Medicare compliance.  He always laughed that it “got thrown on his desk” as no one knew what a portable x-ray company was and they had to be inspected.  Fortunately, there were only three companies in Pennsylvania at the time.

Tom immediately understood the value of the services provided by the portable companies.  In a true entrepreneurial spirt, he decided to leave a state job, (after 11 years, with three kids and a pregnant wife) to start his own company, back in Erie, PA.  His friend, Tony Callie, owned a portable company in Harrisburg and agreed to help him get started.  He even invited Tom’s wife, Tomijean, to come into their office and learn about the billing.  That all happened in 1979.

As billing issues arose with PA Medicaid, Tom and Tomijean decided to start a Pennsylvania association to deal with the state issues.  It was an amicable group of providers who were all working together to get their problems resolved.  As the portable x-ray industry was fairly new, Tom was asked by the State to help them write the regulations governing the participation of portable companies in the Medicaid program.

Just a year later, in 1980, issues dealing with Medicare became his focus.  At that time Tom worked to obtain a list from the ten regional carrier offices of all the portable providers in the country.  Letters were sent out and the first meeting was held in Covington, KY.  There were fourteen companies from across the country in attendance.  Everyone agreed, a national voice in Washington was needed and the following year the first official meeting was held in Las Vegas.  There was a great turn out and many hours were spent developing the vision and by-laws of the association.  Tom was appointed to the Chairman of the Board of the National Association of Portable X-ray Providers and went on to serve for many years.

His main goal in starting the Association was to not only work with Washington on policies and reimbursements, but to better the industry by adhering to standards of honesty and integrity within the industry.  His selflessness and dedication to the industry is displayed in the fact that he spent his own money and endless hours in Baltimore advancing the needs of the association. He was vital to implementing the Q code and was recruited by the OIG to aid them with their investigations of portable x-ray providers.

Tom is fun loving, always has a joke to tell and worked hard with the support of Tomijean. He always says that the patients come first and always told new hires “You treat each and every patient as if they were your mother or father receiving the exam” to assure that he ran the finest, most compassionate portable service.
Thomas Wuerstle Founder's Award
In honor of Tom Wuerstle and the Industry, APDA has created the Thomas Wuerstle Founder's Award. Each year this Award is bestowed upon a member in recognition and great appreciation for their significant contributions, outstanding service, committment, dedication and passion for APDA and the industry.
2022 THOMAS WUERSTLE FOUNDER'S AWARD RECIPIENT is Ryan Kingrey 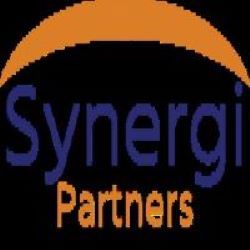 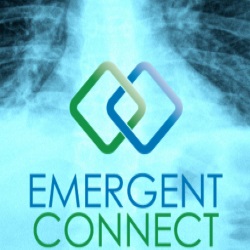